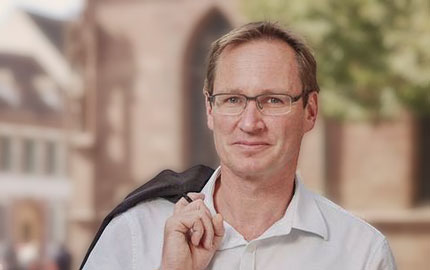 “All too often, promising cultural concepts and projects will fail to see the light of day. The reason: financial constraints due to cuts in public spending, the financial cost alone or a lack of courage. That’s why I love being part of the Colla Parte Foundation; it has artistic endeavor as its guiding principle.”

Hans-Georg Hofmann studied music and literature in Halle/Saale and completed his doctorate at the University of Bern. After working with the Basel Chamber Orchestra, he moved to the Basel Symphony Orchestra in 2013 where he has been Artistic Director since July 2018. Past appointments include curator for the “Schweizgenössisch” festival at the Radialsystem in Berlin and artistic advisor to the “Tongyeong International Music Festival” in South Korea. He has been president of the “KlangBasel” festival since 2014.